On a self-drive trip in your own car, you can experience the world’s best-preserved fortified defence line from the First World War, including 2 cemeteries. Delve into the history of the German imperial army, which constructed the defence line during the period 1916-1918.

Lunch and dinner are included on this trip at two of Southern Jutland’s nicest restaurants.
By the middle of 1916, Germany had become increasingly concerned about a British invasion from the north via a landing of 100,000 troops at Esbjerg. This led to previous plans for a defence line in the north being dusted off once again.

At this time, the area we know today as Southern Jutland had been part of the German empire for 52 years since the war in 1864. The defensive line was therefore planned to run through the northernmost part of Southern Jutland, approximately 10 – 15 kilometres from the border, which at the time was marked by the stream of Kongeå.
Efforts to establish the defensive position, which became known as the Northern German Defence Line, thus got underway. Once fully constructed, the Northern German Defence Line was designed to consist of more than 900 concrete bunkers, trenches, lines of barbed wire, as well as light, medium-heavy and heavy gun batteries. However, not all positions were completed and the defence line was never manned, although forces had been allocated and were ready to be deployed if necessary.

The convicts used to carry out the hard work were soldiers that had been found guilty of committing an offence against army regulations. Normally they would have been imprisoned in one of Germany’s many fortified prisons, but in autumn 1916 they were permitted to be used as labour outside the strongholds. 32 companies of 250 men were used to carry out the laborious work in connection with the construction of the defensive line.
They lived in wretched conditions, worked from morning to night and often had to walk for several hours to and from the site of their work. They received inadequate food, discipline was tough and punishments harsh.

Construction of the bunkers took place from September 1916 until the end of the war with varying degrees of intensity. The forward positions and artillery positions were more or less complete by the end of 1917, however. Based upon the location of heavy batteries, the most heavily fortified positions appear to have been on the eastern side of the country, possibly due to a desire to protect the important naval installations at Aabenraa and Als.

Included in the package:
Driving directions to 4 bunkers/batteries and 2 cemeteries that can be visited independently.
Lunch at the inn at Agerskov Kro. Choose between Danish omelette or open face sandwich with fillet of fish, prawns, egg, salad, dressing, etc.
Dinner at Hotel Europa, Aabenraa

This is a self-drive tour, where you visit these fascinating destinations in your own car. Expect approximately 15 km between each location, with the exception of Arrild cemetery for prisoners and the troop bunker in Arrild, which are just a couple of kilometres apart.

Price from DKK 375.50 per person.
Option of purchase of overnight stay at Hotel Europa.

Prior to arrival, you’ll receive an email containing directions for driving to all visitor destinations and places to eat.
Please note that some of the bunkers are situated such that they aren’t suitable for the walking-impaired – one bunker, for example, lies on a field with grazing cattle and another bunker requires a walk of around 450 metres to get to.

A table will be reserved for you at 2 p.m. at the inn at Agerskov Kro and 6 p.m. at Restaurant No. 10. If you wish to eat at another time, please contact the venue concerned. 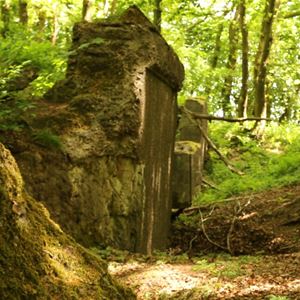 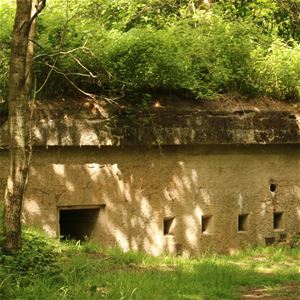 Powered by Citybreak ™ - the leading Destination System
Back to list

...Nordic Travel is our official travel partner, responsible for all bookings services on visitsonderjylland.dk. As our technical travel operator, all purchases made on the site are billed by Nordic Travel. Nordic Travel is a member of the Danish Travel Guarantee Fund and their membership number is 1936.
Build: 7/8/2020 3:35:02 PM, Host: online3core17, DB: o3.cbguide-7423.cbischannel-20357.v1 online3data04.db.citybreak.com:8080, Controller: Package, Action: Index